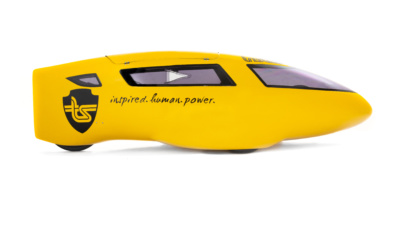 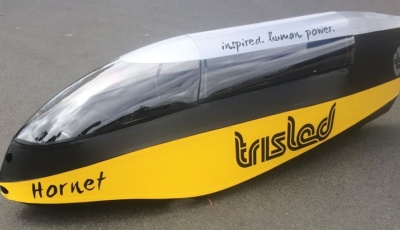 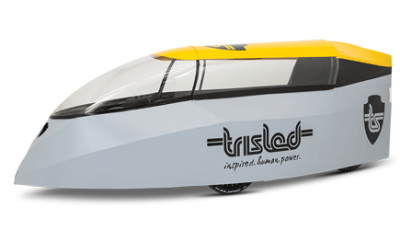 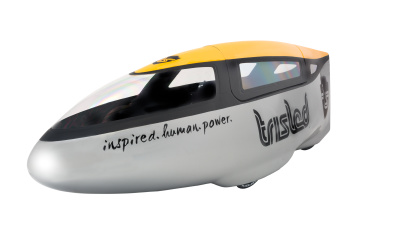 In 2014, All Overzealous became the worlds fastest Multitrack (3+ wheels) human powered vehicle. 117.38kmh! Piloted by Trisled frame builder, Gareth Hanks, All Overzealous managed to add about 2kmh to the existing world record, which he established in 2012. 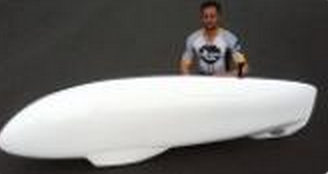 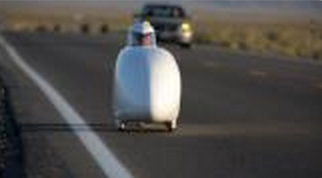 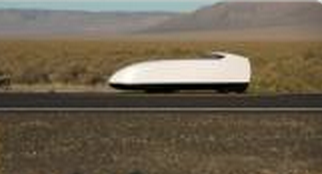 Achievements: • Yolande and Ben's wedding! Stuff and Nonsense is a custom tandem velomobile based on the Sorcerer Series II model. Ben and Yolande rode the bike from their wedding ceremony to their reception followed by 30 or more of their cycling guests! 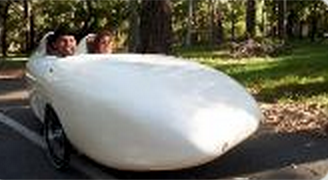 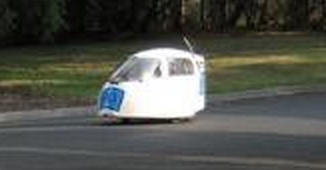 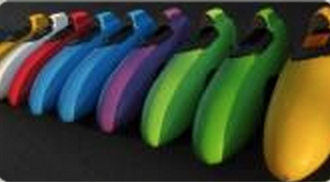 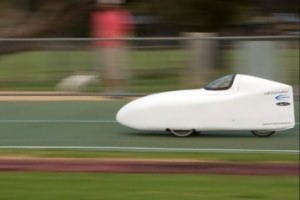 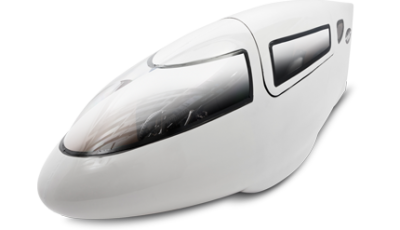 Achievements: • Many happy customers! Drawing on ten years of FastBack development, FB10 (tenth generation) is designed to assist schools that have a high throughput of riders ranging from inexperienced to highly experienced. 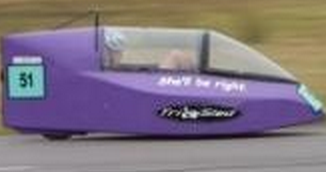 Achievements: • 6th place 2008 AIPP HPV Super Series - Round 3 This unique design represents a new era of development and manufacturing for Trisled, drawing on automotive methods for improved precision and performance. Avatar was designed with CAD software and the molds were five axis routed on an NC machine. This allowed for more design freedom to optimise the format and improve accuracy. Combined with Trisled's experience in the workshop, Avatar promises some exciting potential. 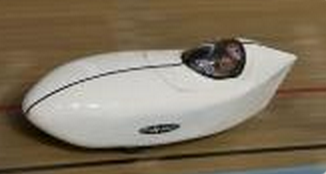 Achievements: • 4th place 2007 AIPP HPV Super Series - Round 3 • 2nd place 2007 AIPP HPV Super Series - overall placing (culmination of Series III and IV fairings) On reflection of the progress made with Sorcerer III, the next direction was clear: take all of the best elements from the three versions to create a machine with great road-use possibilities as well as maintaining enough speed to hold its own on a race track. Development returned to the Gizmo AX chassis with some improvements made to seating position. Following aerodynamic testing, refinements were made to the shape and frontal area. Wheel arches were added to the front wheels for weather protection and improvements to the entry hatch were also explored. As a result of this development, Trisled sold Sorcerer IV as a practical velomobile model for several years.